Luke 1:46-55 NLT
Mary responded,
“Oh, how my soul praises the Lord. How my spirit rejoices in God my Savior! For he took notice of his lowly servant girl, and from now on all generations will call me blessed. For the Mighty One is holy, and he has done great things for me. He shows mercy from generation to generation to all who fear him. His mighty arm has done tremendous things! He has scattered the proud and haughty ones. He has brought down princes from their thrones and exalted the humble. He has filled the hungry with good things and sent the rich away with empty hands. He has helped his servant Israel and remembered to be merciful. For he made this promise to our ancestors, to Abraham and his children forever.” 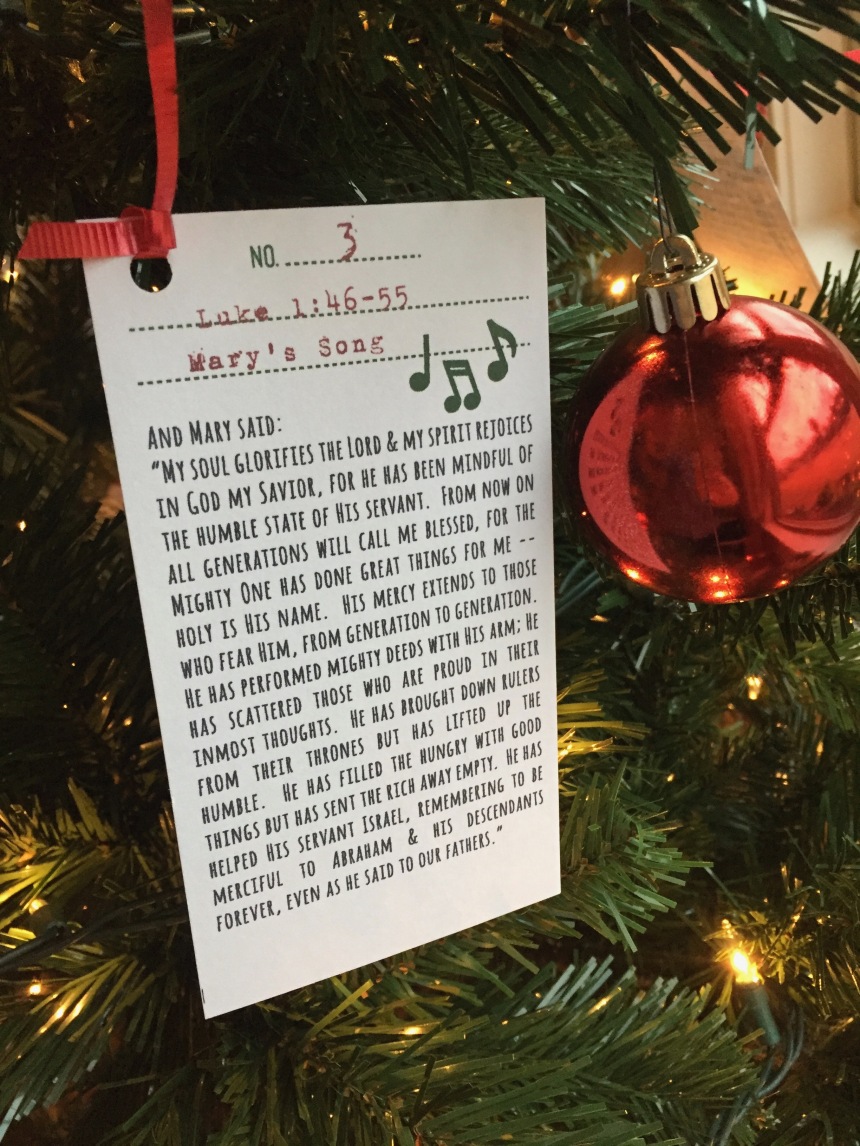 Mary’s song. Sometimes referred to as “The Magnificat”, which is Latin for “My soul magnifies the Lord.” It’s a prophetic declaration, a song of praise, a song of worship and a song of agreement. In many ways, it echos the song of Hannah in 1 Samuel chapter 2. If you’re not familiar with that story, Hannah was barren and could have no children. She was looked down upon, shunned, ashamed, and completely misunderstood. But through much prayer and faith in God, her deepest desire became a reality and she had a son, named Samuel.

But at this point in our narrative, Mary had just received the prophetic word from the angel. It was still freshly implanted in her heart and I’m sure she still had lots of questions. But deep within this passage, as beautiful as it is, and as often as I’ve prayed some of these words over myself and unto God, today my attention was drawn to something entirely different. What Mary chose to magnify. Where she chose to focus her lens and how that safely guarded the promise that had been entrusted to her. What she zeroed in on stirred her faith and kept her belief strong.

The Bible tells us that out of the abundance of our heart, our mouth speaks. We say with our words what our hearts are full of. And what we’re “full of” is directly connected to what we consistently focus on and/or what we feast upon. What goes in pretty much determines what will come out. And when I see the strong connection with how closely related Mary’s song is to that of Hannah’s I see that Mary – even though what was happening to her and through her no one had ever experienced before – Mary found a testimony she could hang on to.

The story didn’t have to look the exact same as hers. She could see the similar threads and that was enough for her. She found a place in history (some 1,000 years prior to her by the way!) where God had moved in a similar way, on behalf of someone who had also felt much of what she was no doubt feeling: shunned, misunderstood, and vulnerable. But instead of focusing on that, she chose to “magnify the Lord” by zeroing in on, focusing, feasting and filling herself on the truth of who God was (to Hannah, in this case). And through meditating on God’s faithfulness to Hannah, Mary anchored herself more deeply in the faith she needed to see her promise through to the end.

Elizabeth had also been barren but was now six months pregnant with a son we would later know as John the Baptist. She was a woman of faith and she was experiencing a miracle too. Being around Elizabeth had a way of pouring gasoline on the fire of promise that was already in Mary’s heart.

Here’s what I’m focusing on today: Valuing the promises of God on our lives requires that we nurture and guard them until we give birth to them and they’re strong enough to stand on their own. One of the worst things we can do when we get a promise is to start mouthing it off to everyone and telling just anyone about it.

We must nurture the promise(s) on our lives (especially those that seem impossible in the natural) with testimonies that speak to the faithfulness of God. Review and re-review our history with God, or find strength in the testimony of others. Feast on those things so much that their words become our words. Their song becomes our song. And while the promise is in it’s development stage, guard it by staying in an environment where we see the miraculous taking place.

As a writer, Bible teacher, and ordained minister, Linda has spent nearly two decades serving the body of Christ. Her ministry focuses on three key areas: the prophetic (including dream interpretation), ministering to women, and teaching people how to grow in their relationship with God.

As a writer, Bible teacher, and ordained minister, Linda has spent nearly two decades serving the body of Christ. Her ministry focuses on three key areas: the prophetic (including dream interpretation), ministering to women, and teaching people how to grow in their relationship with God.